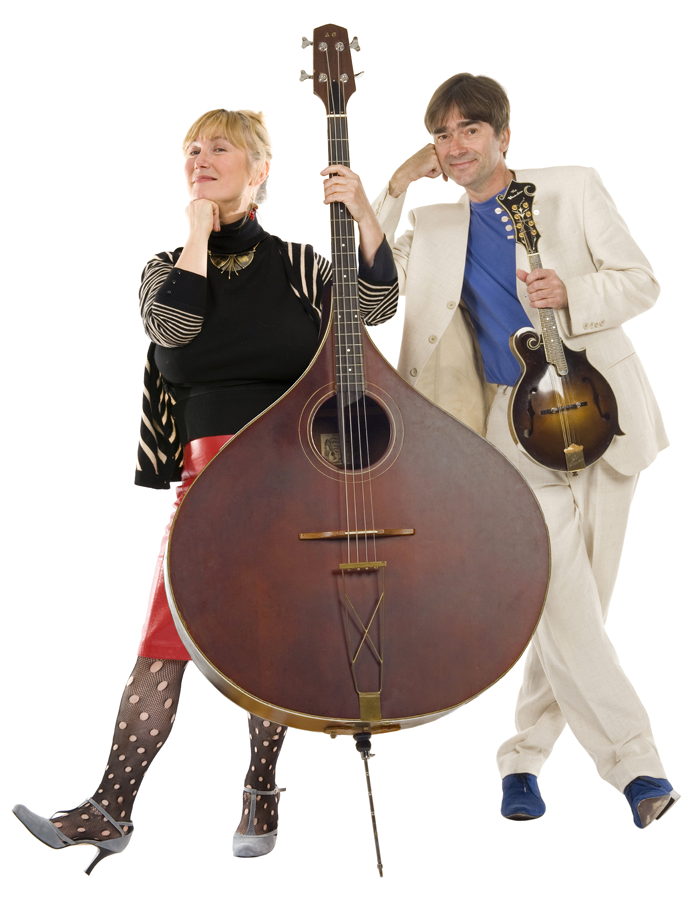 ‘Fantastic to go and see live. Do catch them if you can.’
Fiona Talkington, BBC Radio 3

Across Britain from Shetland to Sark, and across the globe from Vancouver to Singapore, Simon Mayor and Hilary James have brought their special blend of dazzling musicianship.

If they have a speciality, it’s an ability to combine a truly diverse array of talents into a hugely entertaining stage show. There can’t be many performers who slide easi≠ly from a beautifully evocative Irish ballad into a mandolin and guitar version of Handel’s Arrival Of the Queen Of Sheba and then have the audience singing one of their own notorious comic songs, but it’s this wry humour and an easy, informal stage manner that holds it all together.

The duo’s musical diversity has led to an equally broad range of festival invitations from Henley Classical Music Festival (England) to the Stephen Leacock Humour Festival (Canada), the Vancouver Folk Festival and countless folk and Celtic festivals throughout the world.

Hilary James’ ‘elegant singing’ (Daily Telegraph) has received huge acclaim: quintessentially English but easily crossing the great musical divides from Celtic ballads to blues and Berlioz. She’s famed too for an unlikely taste in bass instruments (she could turn up with her giant mandobass or slimline semi-acoustic double bass), accompanying Simon on guitar on anything from Vivaldi to bluegrass and even managing a step dance if the wind is in the right direction.

Simon Mayor started out as a guitarist and fiddler, but his current position as one of the world’s foremost mandolinists (and composer for the instrument) has led to an ever increasing number of invitations to play and teach at festivals and conventions (most recently the Classical Mandolin Society of America in 1999). Since 1990, his Mandolin Albums have been applauded in Celtic and classical circles alike.

‘Left you feelin lik you were floatin on a peerie cloud somewhar.’
Shetland Folk Festival